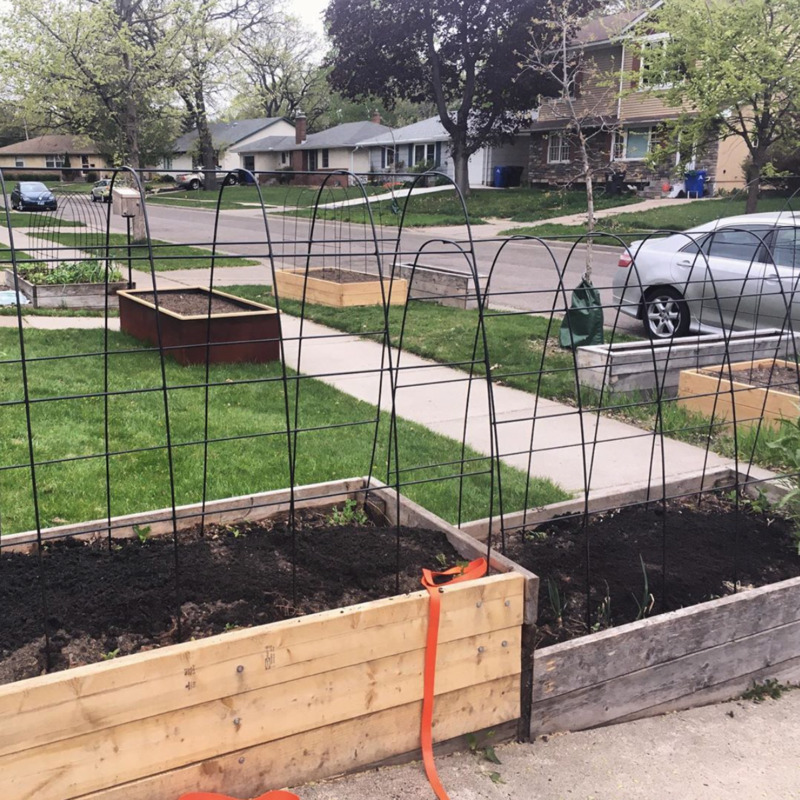 Some metal trellises to replace some wood ones I made previously which are starting to fall apart.

I wanted to make a sturdy trellis that would last a number of years, and doing it with metal seemed like a good choice for also making it thinner and not as visually dominating.

Here is one of the wooden trellises I am replacing. 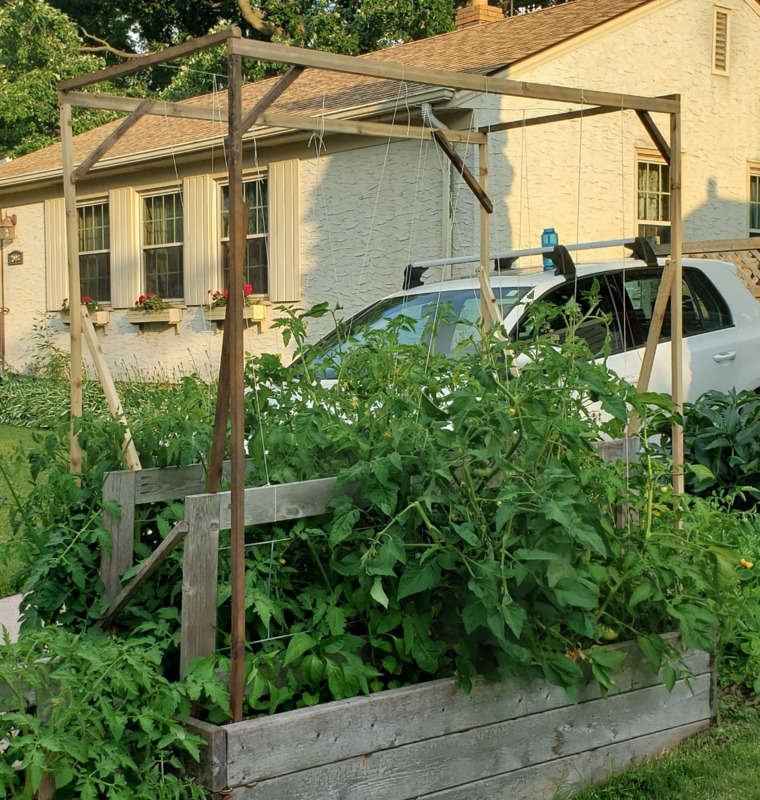 I used 1/4” steel rod which bent pretty well. I initially used a curved form in order to shape a trellis, and when the arched piece was clamped in the proper shape I would weld a horizontal piece in place to hold it in place. Once I’d created all the arches, I would measure out the spacing, mark them, and weld horizontal pieces in place to finish the trellis.

This worked but required a lot of measurement and it was hard to keep the final item square. 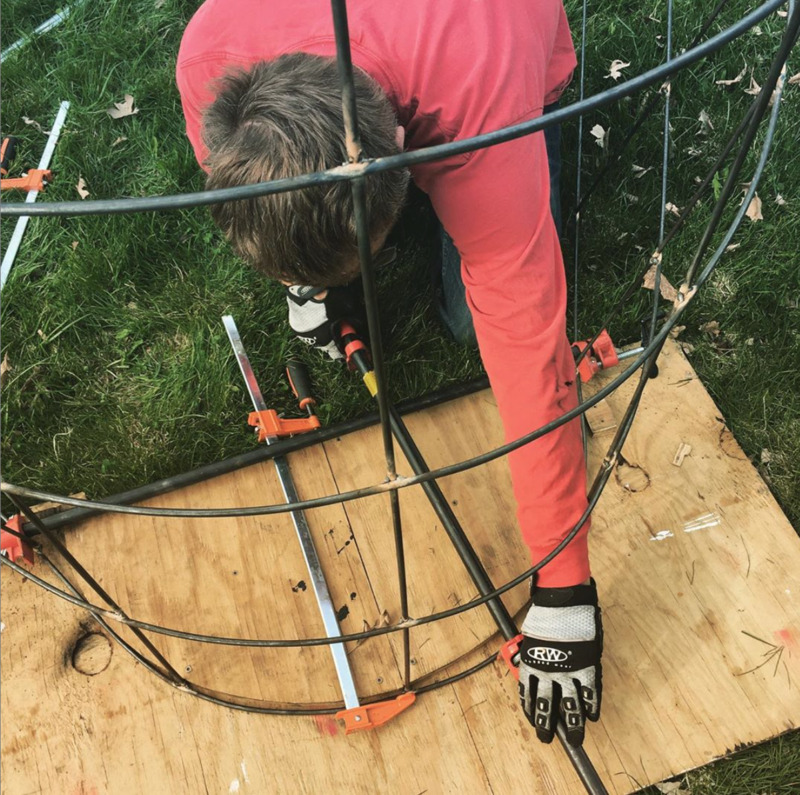 After making two trellises with the above method, I made a jig to lay out the metal rods into a grid. This way I could quickly weld up a flat grid, which we then bent into an arch shape.

I was nervous about how well we would be able to bend the grid. We ended up using multiple ratchet straps and slowly and evenly tightened the arch until it bent into the proper shape. This method worked out much faster and resulted in a more square final product. 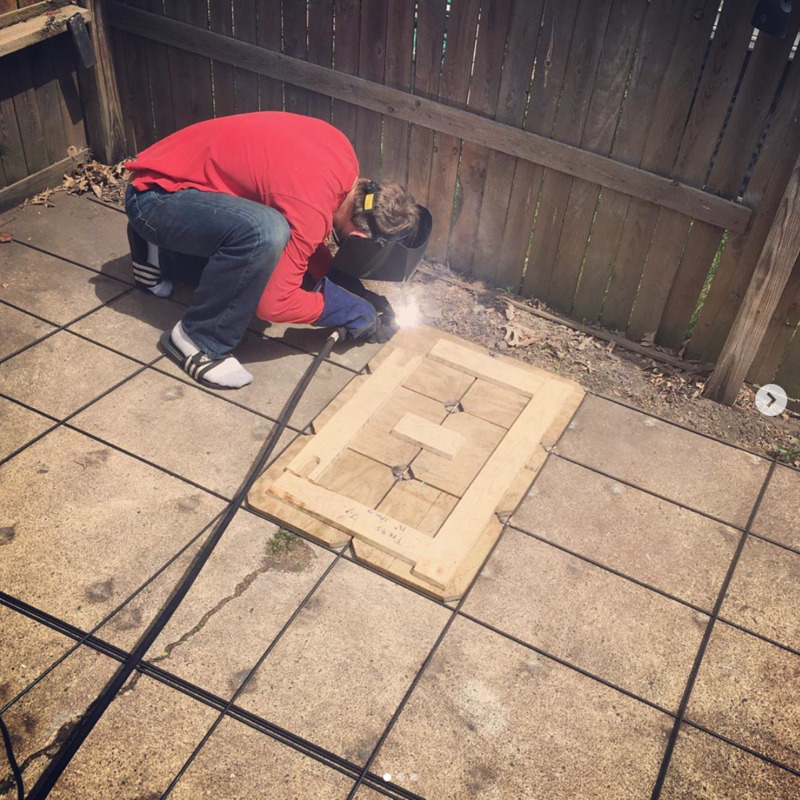 After the trellises were formed to shape, I anchored them in my yard and painted with black spray paint. 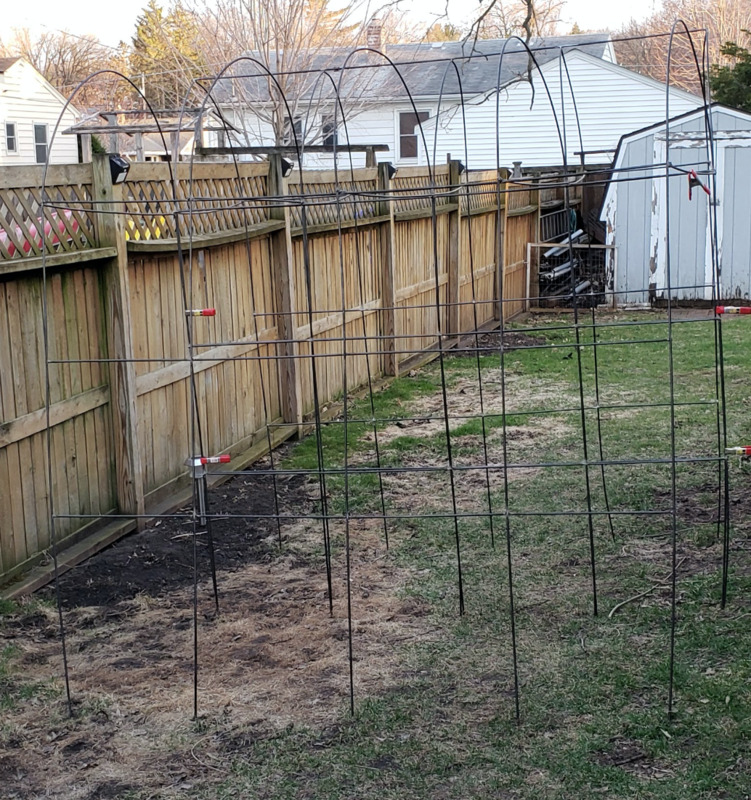 Then we installed the trellises in some new raised beds we’d made while building the trellises, and also in some of our existing beds. 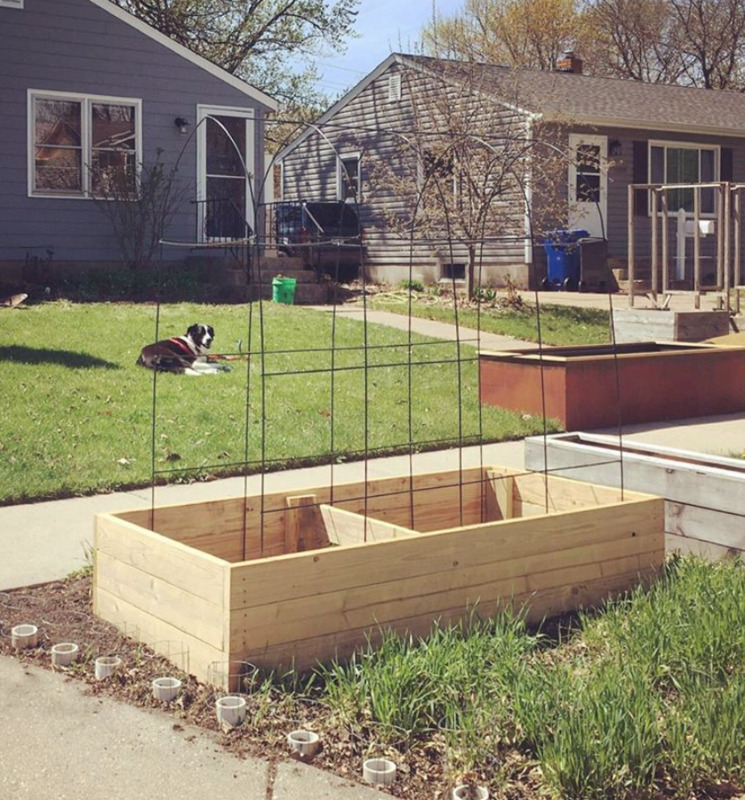 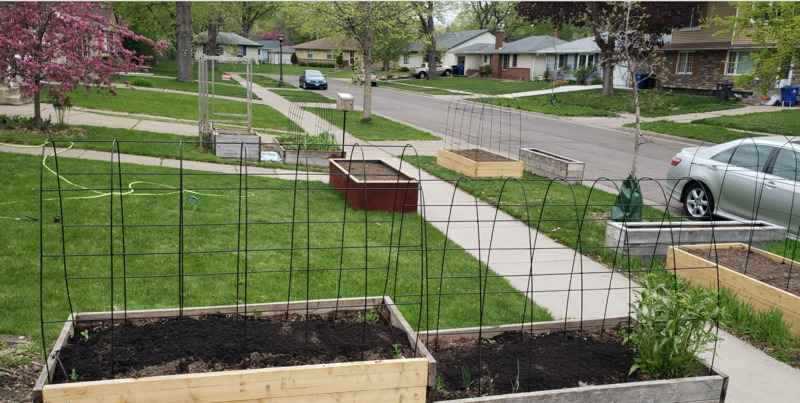 A couple of months later they are serving their purpose well. 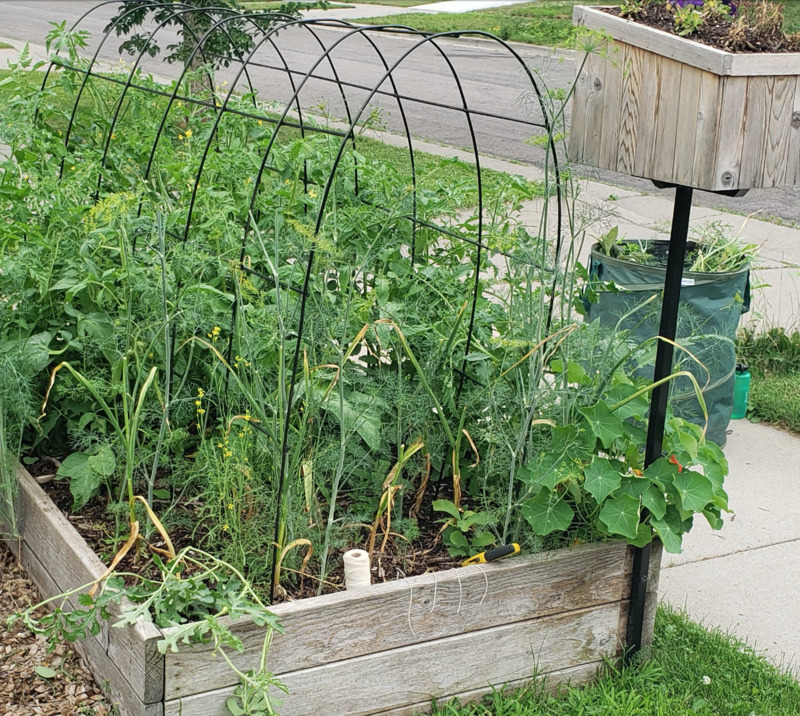 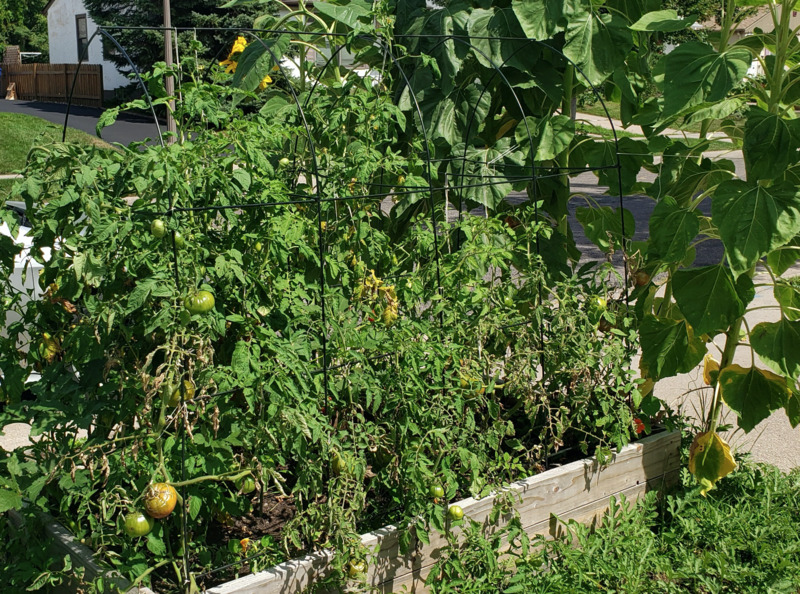 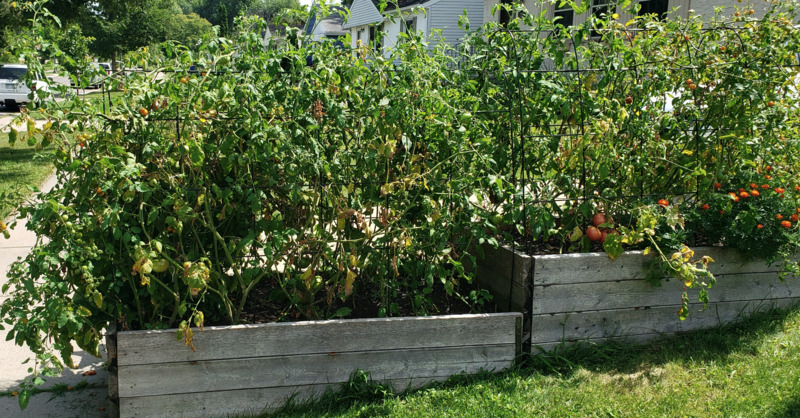 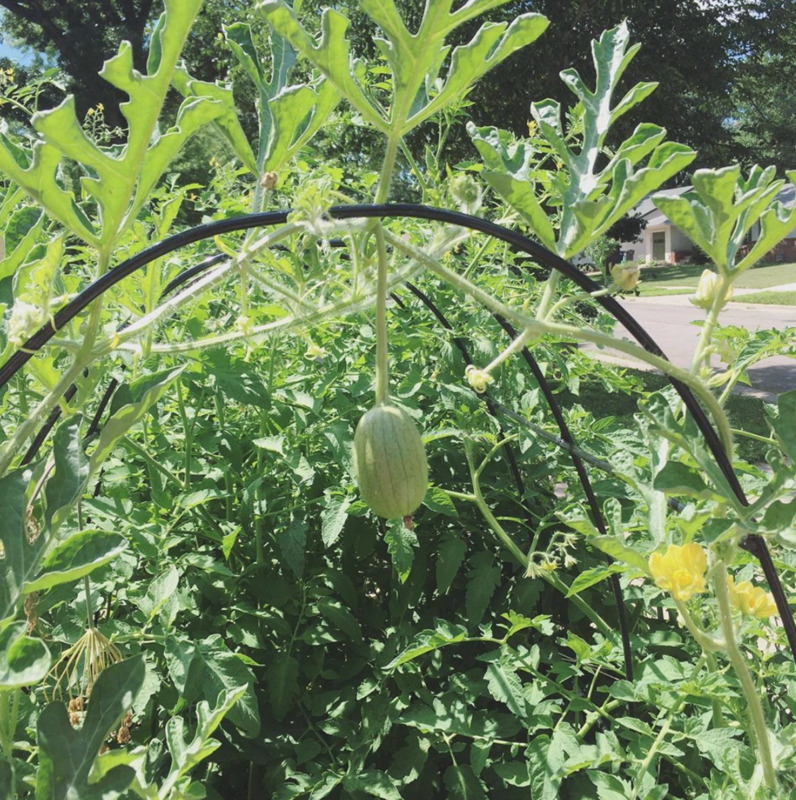