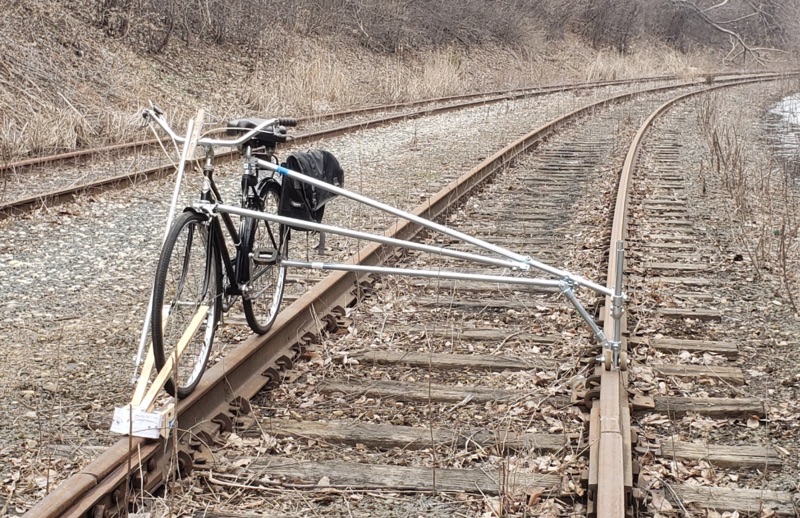 I built a rail bike based off the Bentley Railbike Plans. The Bentley plans were great and definitely worth the money - they detailed all of the parts and could be printed at full scale as a template for cutting parts. The details for lifting the front guide wheel, springs to allow some slop in the front guide, and quick release attachments for the outrigger made this build work much better then what I would have designed for a first iteration.

Luckily a rail line near my house was abandoned recently and the convenience to be able to bike a short distance to test out the rail bike was great. 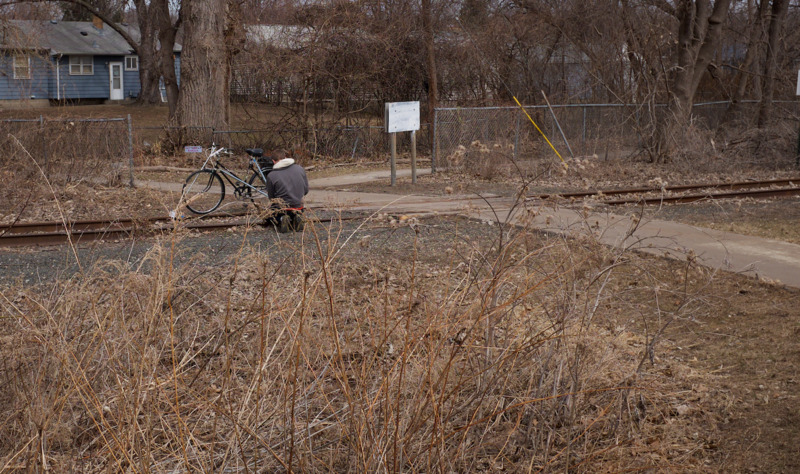 Here I’m adjusting the outrigger height and angle. It was easier to dial it in on site then to try and measure and setup the fit at home. 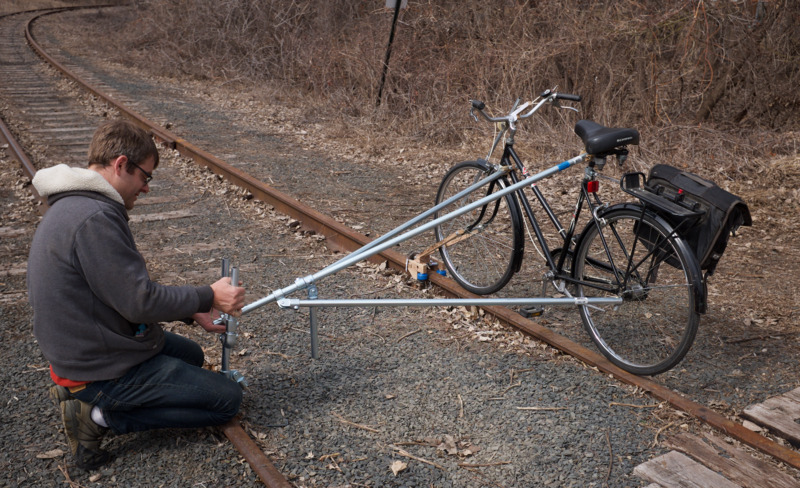 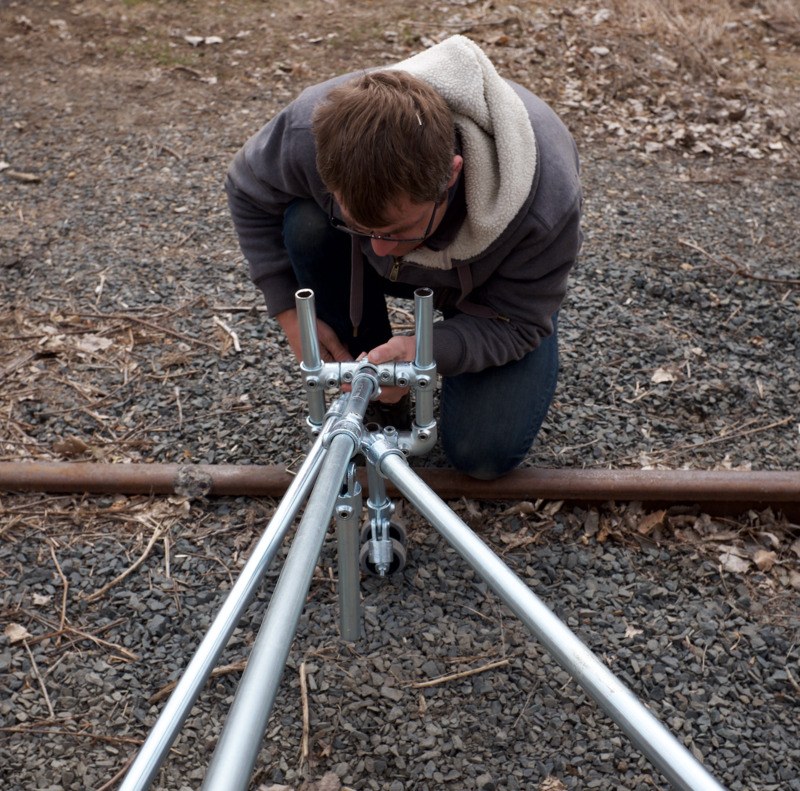 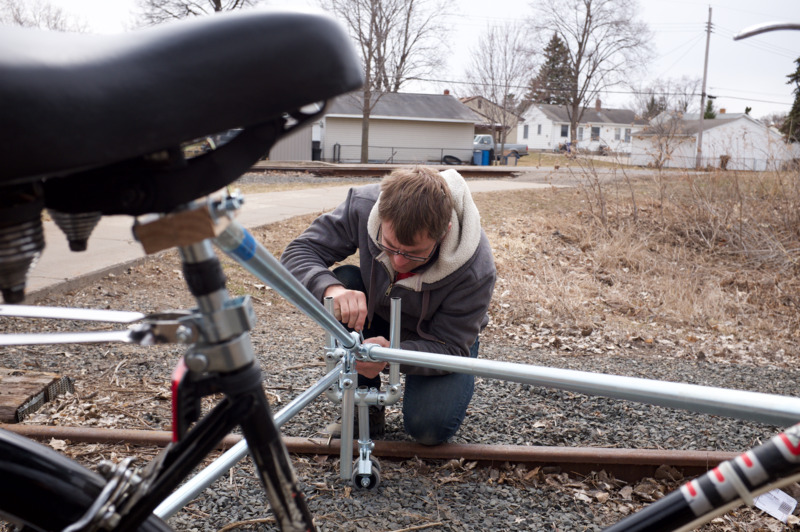 Off on the first ride! 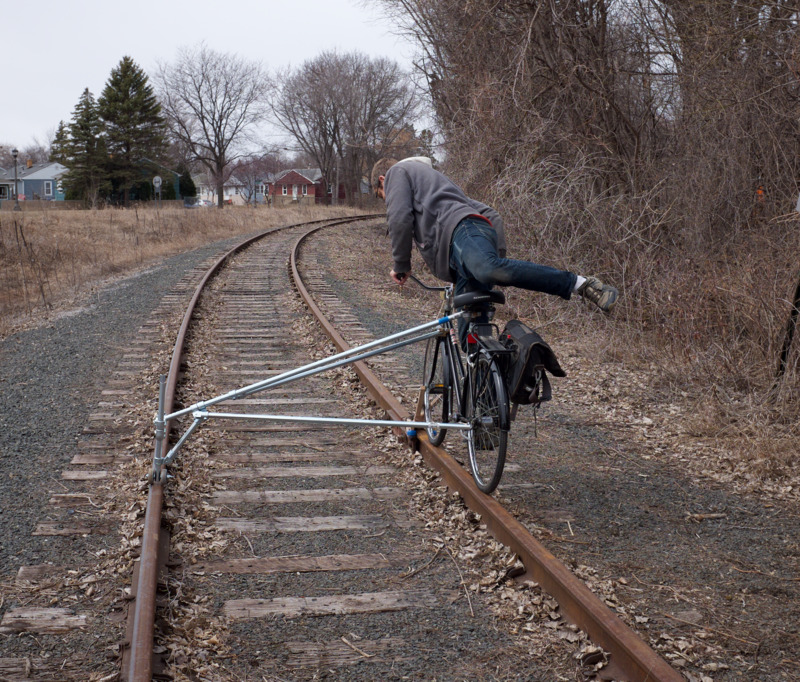 I brought a bag of tools - wrenches, hex keys, duct tape, etc. in case I needed to do any adjusting or had a break down. 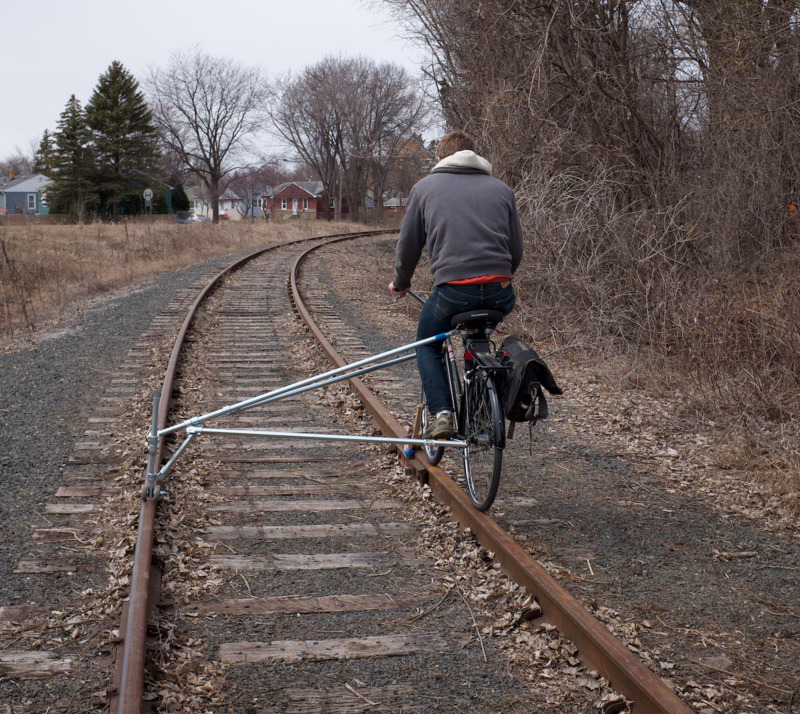 The riding was pretty smooth this time of year. Later into the summer the weeds pop up, and since this track is abandoned they aren’t kept in check outside of ramming them with the bike. 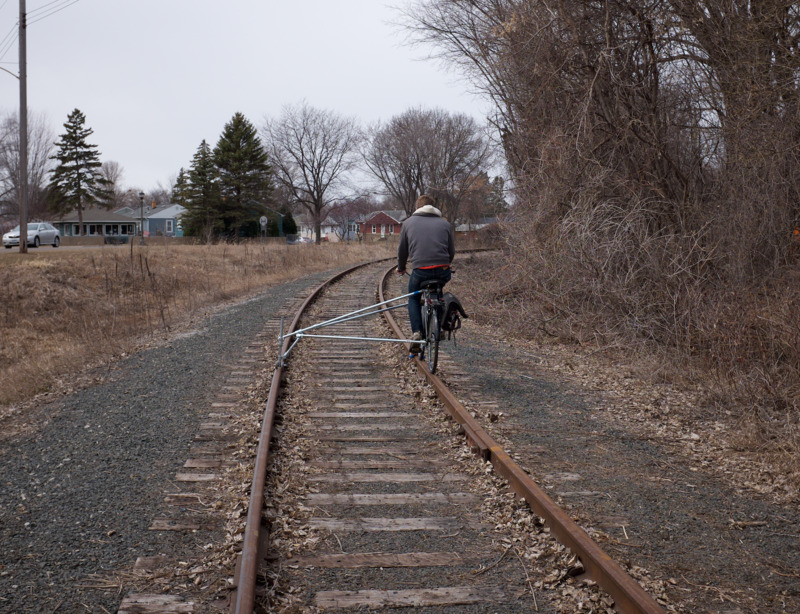 It took a little practice to negotiate switches, but with time it got comfortable. Depending on which way the switch is thrown and direction I’m traveling, I may need to raise the guide wheel momentarily and coast over the switch. 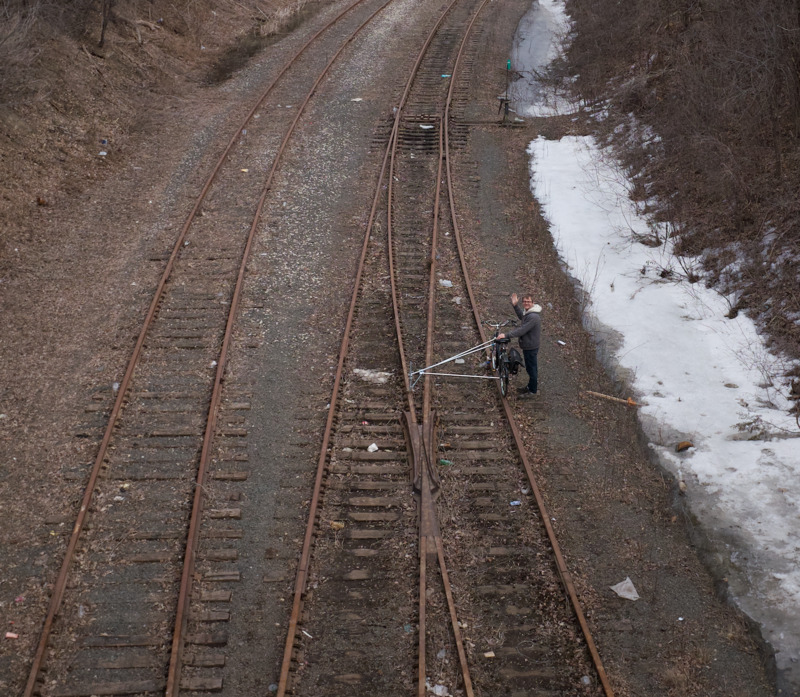 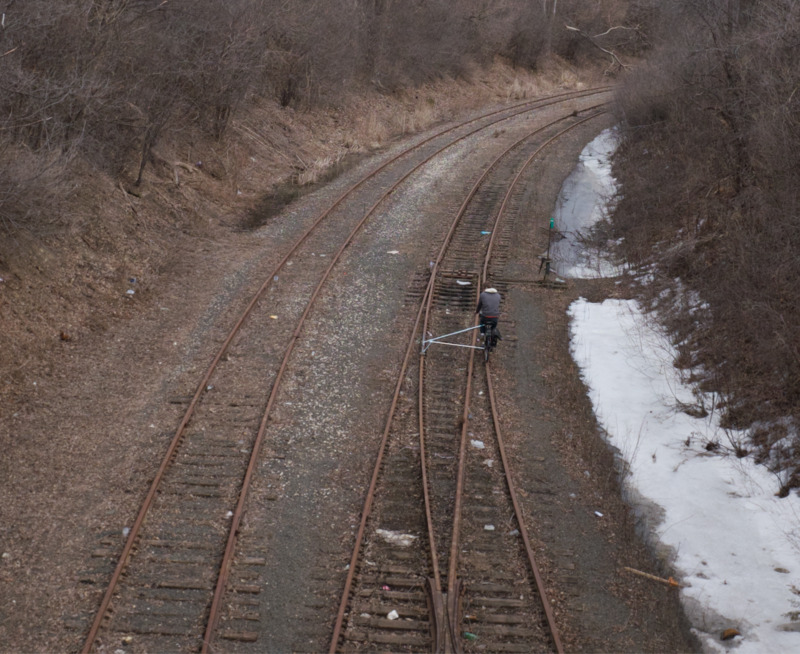 After building some confidence near home, I took the bike for a longer trip the other direction on the track. There are a couple of miles of unused track before running into active rail again.

The bridges and elevated track sections were fun to ride on and had a nice view.

I turned around shortly after this point as I was getting closer to active track, and an idling train nearby seemed a likely candidate to report me!

Overall the bike works very well, but its main downside would be the size of the outrigger wheels. For clean track they were not a problem, but at road crossings there would be a lot of gravel and grit which would jamb them up and cause them to stall and skid.

I pretty much wore through my wheels on my longer venture, I need to rebuild with some larger heavier duty wheels before the next long trip.